Cognitive therapy came about in mid-20th century as a means of concentrating on a person’s problem behaviors and thoughts. The major philosophical assumption of cognitive therapy is that by changing individuals’ thinking, their belief system, and, in turn, their behavior is changed.

In other words, cognitive therapy is a form of psychotherapy in which clients are encouraged to overcome mental health issues by changing unhealthy or counter-productive thought processes, emotions, and behavior patterns.

The Basis of Cognitive Therapy

Cognitive therapy is also based upon the principle that emotions are a critical piece in helping people deal with their thoughts, attitudes, and beliefs about themselves and the world around them and the behaviors that follow. Kansas Drug Rehabilitation utilizes cognitive therapy in conjunction with other therapies that best meet the needs of each patient.

Though behavior changes are one of the goals of cognitive therapy, the focus of this form of therapy (as indicated by the word “cognitive”) is on the patient’s cognition, or mental processes.

Cognitive therapy was developed in the 1960s by Aaron T. Beck, a psychiatrist who is credited with a number of advancements in the treatment of depression.

In the years since cognitive therapy was introduced to the world, the general term “cognitive therapy” is often subdivided into three related yet separate forms of psychotherapy:

“Pure” cognitive therapy focuses on unhealthy or counter-productive thought processes. For example, patients who have a tendency to view all setbacks as evidence that they are hopeless or worthless will work with a cognitive therapist to alter this form of thinking. By developing the ability to understand temporary setbacks as opportunities for recalibration and improvement – and not evidence of abject failure – patients are much better prepared to see themselves in their world in a more hopeful and forgiving light.

According to the National Association of Cognitive-Behavioral Therapists, CBT “is based on the idea that our thoughts cause our feelings and behaviors, not external things, like people, situations, and events.” CBT is an active, goal-based technique that has proved to be effective with individuals who are struggling with issues as disparate as substance abuse and addiction, anxiety disorders, panic attacks, mood disorders and eating disorders.

Also referred to as rational-emotive behavior therapy (or REBT), rational-emotive therapy is based in the belief that closely held beliefs and attitudes can undermine a person’s ability to live a full and personally satisfying life. RET helps individuals recognize when negative emotions or attitudes are threatening to overwhelm their sense of well-being, and teaches them how to maintain healthy balance in their lives. 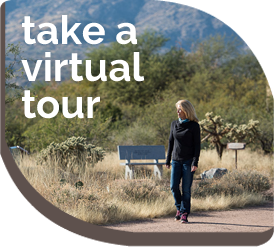